Help if you need it.

The material I gathered to prepare for this Argument I have moved to a special section of my White Paper to illustrate the value of collecting all my sources in the WP, the repository of all things useful to my Research Position Paper.

My Refutation Argument examines the primary claims of the hypothesis I defended in my Definition Argument, that because polio is fundamentally unlike smallpox—which was eradicated in the 1960s—the differences make it nearly impossible to eradicate polio, ever. 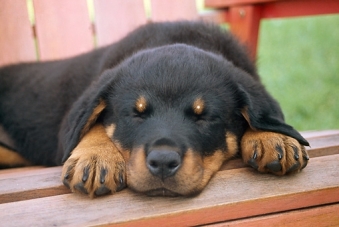 The World Health Organization (WHO) and in particular its Global Polio Eradication Initiative (GPEI) have maintained for decades now that the eradication of smallpox strongly argues in favor of the eradicability of polio. They use that analogy to raise $1 billion a year for their efforts. I entirely applaud their audacious enterprise, but I question the quality of their analogy. In 1000 words, I argue that smallpox and polio ARE NOT similar enough for the comparison to hold.

If it sounds ridiculous to devote 1000 words to the OPPOSITE of my own hypothesis, you’re misunderstanding a crucial element of good argument. To persuade skeptics to your point of view, you must address and refute the strongest counterarguments. Ignoring them is fatal. Readers will merely humor you if you try to skirt the best refutations and never change their minds.

The eradication of smallpox from planet Earth in 1980 by a worldwide immunization campaign raised unrealistic hopes that other diseases could be similarly vanquished. The exuberance of health professionals who set their sights immediately on polio, malaria, and cholera was understandable, but dangerous. If polio were identical to smallpox, the same techniques might suffice to eradicate it next. But if polio is fundamentally different, then the argument from analogy to smallpox fails, and efforts to eradicate polio, based on the argument that “it’s been done before,” could more than just fail; they could backfire catastrophically. The cost of the attempt is enormous, and the risk of failure is very high, so let’s examine the similarities between smallpox and polio and see if they augur success.

Several factors are considered essential to any eradication effort. Christopher Whitty, professor of public and international health at the London School of Hygiene and Tropical Medicine, identifies three. Others may count differently, but if polio and smallpox are sufficiently different in any category essential to eradication to void the comparison, the “did it before” argument will fail. In his Millroy Lecture “Eradication of Disease: Hype, Hope, Reality,” he names as the first pre-requisite: “effective interventions that alone or in combination can interrupt transmission of infection or at least take it well below R0 = 1 in all epidemiological settings.”

As Whitty explains it, R0 = 1 represents the situation where one infected person passes on the disease to just one other person who in turn does the same so that the disease stays stable in the population. At a minimum, then, interventions must exist that can prevent rapid spreading during an outbreak. In the best case, when the R0 can be forced below 1, local elimination and potential eradication can be achieved. For much of the world, local elimination has already been accomplished. In all but a few countries, no new cases of polio have been detected in decades. As described by Ganapathiraju, Morssink, and Plumb in “Endgame for Polio Eradication?“:

Such remarkable success—a 99.9% reduction in diagnosed cases in 30 years!—continues to encourage eradication advocates, including the Bill Gates Foundation, the World Health Organization, and the Global Polio Eradication Initiative (GPEI) that total triumph is inevitable, if not imminent. In fact, seemingly every year, when it solicits funding for its continuing effort, the GPEI announces a “game-changing” or “breakthrough” technology that will once and for all achieve the ultimate victory.

But that victory has so far proved elusive, perhaps because of fundamental differences between smallpox and polio. Again according to Whitty, to be eradicable, “the disease has to be easy to diagnose, preferably with minimal complex laboratory facilities.” But whereas schoolchildren were able to detect the last cases of smallpox among their classmates by casual external observations alone, they would be no help detecting polio, which can persist completely unnoticed in human hosts for decades without causing symptoms.

Fortunately for polio eradication advocates, Whitty’s third essential factor presents no challenge. Polio exists either in human hosts or not at all. There is no significant “wild animal reservoir” for the disease to harbor in between human hosts. But the final ironic difference between the smallpox and polio viruses is that polio uses humans as a sort of “animal reservoir,” and while it persists in unwitting human hosts, often subjected to repeated rounds of immunization efforts, it mutates, emerging as something no longer “wild,” but transformed into a “vaccine-derived virus.”

This last and perhaps most significant difference between smallpox and polio may be the distinction that finally tips public sentiment against spending staggeringly large sums to eliminate a disease that presently afflicts so few. As reported in “The Art of Eradicating Polio” by Leslie Roberts, a Nigerian boy recently voiced the bewilderment of his country in a conversation with Muhammad Ali Pate, Nigeria’s Minister of State for Health. “Why do they bring only polio vaccine when we get no help with all our other problems? And are you going to force us to take it?” he asked. His question illustrates a reluctance that is increasingly difficult to surmount among populations whose children die by the thousands from diarrhea.

The longer the final stage of eradication drags on the more challenges it faces. Despite impressive successes, and there have been many, setbacks seem maddeningly inevitable. Alwan and Maher report, in 2016, in “Closer to a Polio-Free Eastern Mediterranean Region” that

WHO alone has more than doubled the size of the teams working on polio in the two countries since the start of 2014, and now has nearly 2500 technical and operational experts in the field . . . only 30 cases of polio have been recorded by Pakistan (18 cases) and Afghanistan (12 cases) combined so far in 2016 – a far cry from the 334 cases recorded by these countries in 2014.

Yet, according to Svea Closser’s “We Can’t Give Up Now: Global Health Optimism,” after worldwide spending of nearly $1 billion again in 2016, the fight did not end. Neither did another billion accomplish the goal in 2017. One must ask, as many governments, private foundations, public health professionals, and that Nigerian boy already have, “How much longer can we justify spending so much of our scarce resources on a disease that most of the world has not seen in decades?”

Even success, if it’s achieved, might not be success. As Closser warns us, “When smallpox was declared eradicated, countries could decide independently whether or not to stop vaccinating. For polio, this approach could prove disastrous.” The cheaper OPV vaccines are a double-edged sword. They are favored for mass inoculations and millions of doses are delivered every year, preventing countless cases of polio. But they deploy “weakened live virus strains” that can “evolve to reacquire the ability to cause paralytic disease and to spread. Outbreaks of circulating vaccine-derived polioviruses have occurred before [in 11 countries since 2000]; more are virtually inevitable.”

It’s even possible that vaccine-derived viruses could evolve to mimic the three “wild” polio viruses we’ve taken such pains to eradicate. If that happens, according to Closser, “the gains from interrupting wild polio transmission will be lost; the entire effort will only have succeeded in replacing one set of viruses with another.”

Inventor of and sole practitioner of 299-word Very Short Novels. www.davidbdale.wordpress.com View all posts by davidbdale